June 27, 2020
We have all heard of the famous K9, understanding them as police or military dogs. What many do not know is that the term, in Spanish or in a language other than English, is actually not correct. But let's look at the original concept. The term K9 or K-9 (there is no consensus on how to write it, whether hyphenated or unscripted,) is English.

It is a homophone of ‘canine‘. According to some sources, the term originally appeared as 'K-9 Corps', which is a shortened form of the Army's War Dogs Program established during World War II. It was never an official term but, due to its homophonic connection, it became very popular with the military and civilian population.

Basically it works like this: • 'Canine' is pronounced in English key-nayn (read kinain • 'K9' is pronounced exactly the same Therefore: K9 = Canine As with many words in English / American speaking countries an acronym is used, some Certain letters that sound like a longer term when pronounced, and thus shorten characters, save on writing, and to many it even seems 'very cool'.

But, and here we come to the crux of the matter, this occurs only in English. In another language it is not pronounced the same and, therefore, using it in a language other than English is, in theory, incorrect and makes no sense. In theory. But K9 is, itself, a police dog, right? Yes but ... not exactly.

Or not always. K9 -in English- is used preceded or followed by a word, noun or adjective, to determine or complete the term and give it the police meaning. For example: police K9 (police dog), K9 unit (canine unit -of police-), K9 team (canine team -of police-). But: a ‘K-9 puppy’ is a police dog puppy, a ‘K9 unit’ is a police canine unit.

Then here if that meaning is implicit. It seems that not even in the original language do they agree! In our language there is no doubt: saying K9 police or K9 team is actually incorrect, since we are mixing words from two languages. Unless we treat it as… Spanglish? "The term originally appeared as 'K-9 Corps', a shortened form of the Army War Dogs Program established during World War II." And now comes the good news: if we go to the purely linguistic question, the K9 term in English. A search in the English-American language dictionaries makes this clear.

None recognize the term K9 or K-9: Cambridge Dictionary Cambridge Dictionary (American English) The American Heritage Dictionary of the English Language We keep digging and find the term 'K9 sex'. No, it does not mean sex between police dogs ... It is a gen generic term for sexual acts between humans and animals ’. It sounds funny but the truth is that it is used (like the homophone of ‘canine’) and that indicates that the term is not even exclusive to police dogs. This is complicated!

Homophones in Spanish? We can conclude that the term comes from the English-American language and technically lacks meaning in another language, such as Spanish. Therefore, using it in our language would be technically incorrect. However, it is undeniable that it is used, especially in circles related to police or sports canine specialties.

And it is also true that for many it can be considered that the ‘K9’ is the policía trained police dog ’, unlike the simple‘ canine ’, which would be what we consider a normal dog. Or its literal translation: a canine. In fact, if we wanted to use a similar homophone in our language we would say Knino (canine) or even Kn (can) or Knes (canes), using the sound of our letter K (ca). Although it would still be incorrect, linguistically speaking. This is already happening in mobile writing, where young people use a merely particular code that does not conform to the normative use of the Spanish language.

What is unquestionable is that language is something alive, it is a communication tool and it is constantly evolving. And that the borrowed term K9 seems to be here to stay. Then, like so many other words that in principle were incorrect, who knows if it will end up appearing in the RAE dictionary.

K9 dogs refer to what are commonly known as police dogs, used as rescue, drug search, or protection units. Without going any further, the word “K9” (k-nine, in English) is a homophone of the word canine, as you can see.

History leads us to appear as one of the first organized dog units, to the war against the Seminole Indians, in 1835-1842, where they were used by the U.S. Army dogs-k9-2

It is difficult to say which was the first police dog in history. Some authors affirm that in Ghent (Belgium), in the 20th century, the first dogs were trained for police work, and that this practice spread rapidly throughout Europe, especially Hungary, Germany, Austria or France. In Germany as early as 1911 there were 500 stations equipped with dogs trained for such purposes.

It was already in World War II that the use of dogs in a military manner gained more strength and the sides recruited dogs for service in the war.

The most used races like K9
Traditionally, the German Shepherd has been one of the most chosen breeds for security (reputation acquired by being used by the Nazis for the control of prisoners in concentration camps), however nowadays breeds such as the Belgian Shepherd Malinois are also used , who have a fidelity and learning capacity that the previous race has nothing to envy.

For the control of drug trafficking, explosives and others, other dog breeds are also used, which do their job perfectly.

In these times, police dogs are considered law enforcement officers and are provided with badges and bulletproof vests. In the sad case of dying in an act of duty, they are given a funeral with all the police honors, as is really fair.

In USA, currently the purposes for which K9 Police Dogs are required are, for example, to serve in the security forces and corps, preparing man-dog teams to search for bodies, missing or buried in accidents, to intervene in situations in which they are required or collaborate with the Civil Guard, National Police, Armed Forces or other teams, as well as other activities related to these issues.

It is a really hard job for which the animals must be perfectly trained, and once the training is complete, they work perfectly, giving exquisite results of individual and team work with their patrol partners. 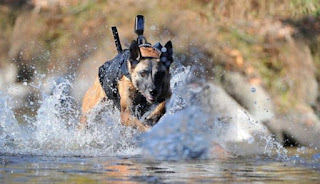 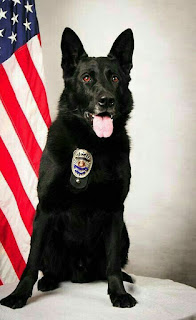 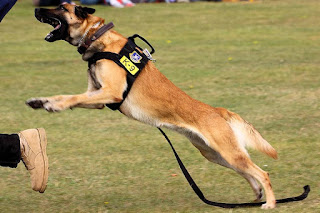 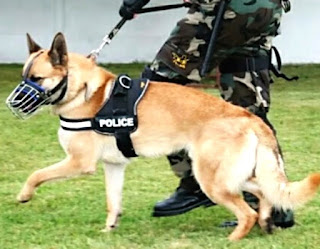 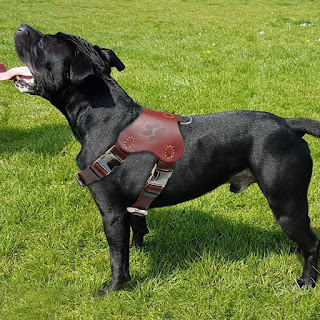 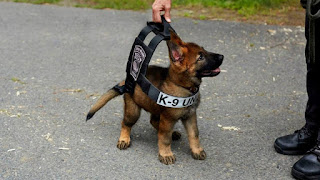 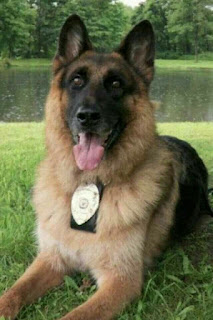