July 20, 2020
Basset hound
The basset hound is a breed of dog that is part of the group of hounds. It is of low height of cross, long body, short and strong legs, long ears and an extremely developed sense of smell. It is generally used for hunting deer, hares and foxes, among other animals such as the pheasant, since its hunting is more specialized. The origin of this breed dates back to the end of the 19th century, when an English dog was crossed with a Blood Hound.

Due to its peculiar physical appearance, it is a popular and easily recognizable breed for all types of dog lovers and even for people with little knowledge of dog breeds, which is why it gathers many admirers and fans of its breeding, mainly in countries of Anglo-Saxon origin, in which it has a great acceptance.

History
Basset hounds are of French origin (hence their name, Basset, which means "small" or "dwarf" in French, and from English hound, which means "hound", thus their name tends to be "small hound" or " small hound »), of noble breed and direct descendants of the St. Hubert hound. Hubert was a noble hunting fan who converted to the Christian faith; he was canonized making him the patron saint of hunters. The Basset Hound was developed from specimens of these powerful, short-legged hounds, and also from the Artesian Basset of Normandy.

Due to their superiority over most of the tracking dogs in France at that time, they were distributed by all the European nobility, being incorporated into the establishments used to hunt, fundamentally influencing the definition of many breeds.

From there, he moved to England, where Lord Galway imported, in 1866, a pair of Basset Hound called 'Basset' and 'Belle', from the Earl of Le Couture hatchery, and crossed them, obtaining a litter of five puppies. This task was continued from 1872 by Lord Onslow, who had the first pack of this breed.

Although the origin of the breed is in France, paradoxically, it is considered a breed from Great Britain, as can be verified in the breed standard with FCI number 163. The crosses are the Blood Hound and the Artesian Basset of Normandy. The breed standard does not accept gray dogs. Those allowed are tricolor (fire, black and white) or fire and white, to a greater or lesser degree.

Appearance
These dogs are about 33 to 38 cm (at the withers) and have short hair. Although they are generally tricolor (black, honey and white), it is also frequently found two color specimens (honey and white or black and white). The white specimens with red spots or with red legs are not strange either. Some, although few, can be gray. Occasionally specimens with long hair may emerge, although this is not a desirable feature by breed standard.

They have very long ears (up to the chest), also a long neck, loose skin and wrinkles around their head, which causes them to have a permanently sad look. Its tail is long, erect and curved.

Their short stature is deceptive, as they are very long and can reach things that dogs of similar stature could not.

It possesses in marked degree, characteristics that equips it admirably to follow the trail through difficult terrain. Short-limbed, heavier-boned dog despite its size compared to any other breed of dog; and although they are slow movements, in no sense are they clumsy. Of pleasant temperament, never aggressive or shy (in some cases). They have great resistance in the field. They are extremely faithful. They may show some resistance to training because of their character.

Behavior
Basset Hounds are very calm and friendly, although they are usually very stubborn. It is an especially loyal breed, very loving and plays happily with children. They are also very affectionate towards strangers. They prefer to eat and sleep rather than exercise, that is why the owner must be careful and take him out for a walk so that he does not become overweight. They also like to order food that the owner is eating, so the owner should stand firm and not give him "extra" food.

Many consider them an unintelligent breed of dog, mainly due to the fact that they are quite stubborn and find it difficult to obey orders. But it is a mistake, because although it is true that it costs a lot to educate a Basset, this is because the breed has been selected to follow trails, which motivates them to make decisions independently, and for this reason they find it difficult to obey orders . However, that same autonomy gives them a decision-making capacity that in itself demonstrates a high degree of intelligence.

This breed has a strong hunting instinct, so they will chase after everything or sniff frequently, they tend to bark when they want something or when what their master does is wrong, and when there are children it is necessary to be careful, since sometimes they are very jealous and want caresses only for them.

Health
Compared to other breeds they are usually very healthy dogs, but sometimes they suffer from diseases such as glaucoma and conjunctivitis. It is also necessary to prevent the dog from going up or down stairs frequently, or from jumping and standing up often, as this could lead to spinal problems (they usually develop herniated discs). They frequently suffer from liver attacks, that is why they must take care of their diet and avoid giving fat. They are also good; being in contact with other dogs of different breeds they are not very active, however they love to play, but they run very little.

Care
The hair needs to be brushed. This breed tends to eat very frequently, so they must take care of their diet so that they do not become overweight, although they must not be denied food either, because they also tend to suffer from gastritis (at least two meals a day, one in morning and one in the afternoon, although not very heavy). The long ears are very prone to infections, since they are dragged all the time, so they must be cleaned frequently, with a damp cloth or with an alcohol swab, although superficially, and taking care that liquids do not fall inside of the ear, as well as its belly and legs.

To lift a Basset, it must be remembered that it is long and heavy and, therefore, it must be done carefully so that it is not damaged. The easiest way to do it is by putting both arms through its legs and lifting it by the abdomen, so the pet will not suffer.

On the other hand, the bath should be done every two weeks and the appearance of fleas must be controlled with special preparations.

As mentioned previously, physical exercise is important to maintain your optimal health, but it is not recommended to exceed activities or time for walking or jogging. For the Basset hound it is enough between 40 and 60 minutes outdoors, but the owner must know that this breed is not very fast in its journeys, since it stops to sniff almost everything it finds. It is not an ideal dog for people who are very athletic or who run long kilometers on a regular basis. 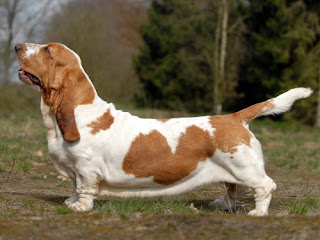 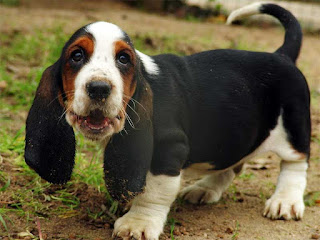 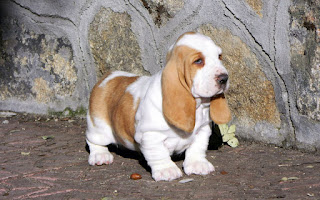 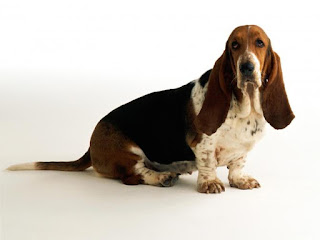 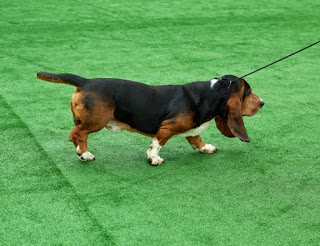 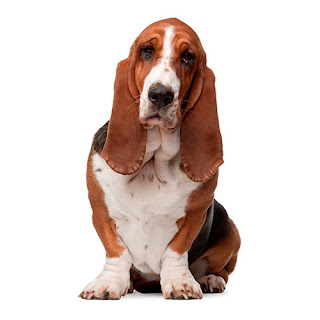 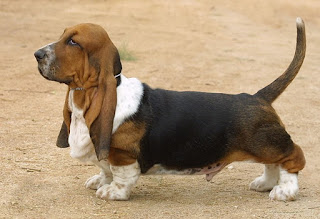 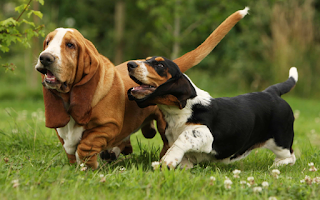 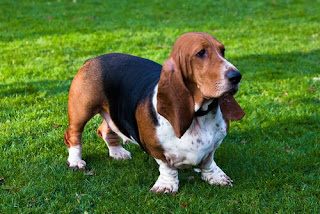 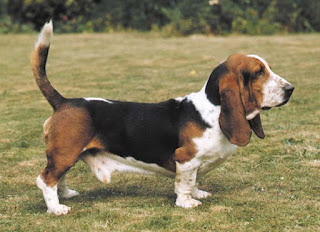 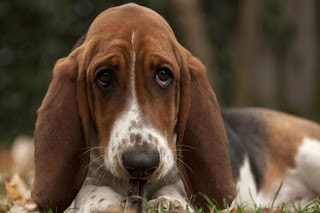