The Belgian Shepherd Malinois is one of the four varieties of the Belgian Shepherd dog breed. Its name comes from the Belgian city of Mechelen - in Dutch Mechelen, in French Malines -, a town that saw it emerge. He has aptitudes as a herd keeper, is tenacious and protective, gathering the necessary qualities to be trained as a sheepdog, guardian, defense and service dog.

This little-known variety of Belgian Shepherd is a useful breed appreciated by working dog trainers and people who participate in different competition tests such as schutzhund and agility. In addition to its civilian facet, it is also frequently used by the armed forces, state security forces and armies around the world. Due to its skills and excellent readiness for work, it is used by a large majority of these agencies - including the German police.

History
The first standard of this variety was written by Professor Reul, of the Club du Chien de Berger Belge, being approved in 1892. The appearance, aptitudes and most of the physical characteristics written in this standard are almost identical to the current ones. Their origins are the same as hard-haired dogs.

With great fame and widely used in the field in Belgium and France, the first Belgian Malinois shepherds in America arrived in the United States in 1907, to be used by the police, thanks to their temperamental characteristics.

Its development is closely linked to sport, especially the French Ring and with its worldwide spread. In fact, in 1900 the first tests with show jumping, obedience and a bite program were organized and for 1909 in Paris, the First Ring World Championship is held, from which it takes place every year.

General appearance
The Belgian Shepherd Malinois shares standard with the other 3 varieties of Belgian Shepherd, differing from these only in the length, type and color of the hair. His hair is short and hard throughout the body, without fringes on the extremities or tail, the color is charred brown and he has a melancholic mask on his face. Its robust constitution allows it to easily adapt to outdoor life and withstand the environmental conditions of climates as difficult as Belgian.

Character
For more than four decades, the lines of beauty and work have not mixed with each other. The Belgian Malinois is above all a breed of utility and if it is becoming known throughout the world for something, it is for its good attributes for the job, without stopping to see that it is not a dog that resists all terrain, in force it is surpassed by the German Shepherd, but still an exemplary dog. Therefore: it is not a variety whose upbringing is oriented primarily to the official type that marks the standard, that is: beauty. This explains that its standard has a fairly wide margin compared to other breeds classified by the FCI, which is why it should not be surprising to find specimens that differ in size and height.

Well-bred and trained Malinois are usually active, friendly, protective, and hard-working. They show energy levels that are among the highest of all dog breeds; A typical Malinois will have the energy of a puppy until the age of 3, although it is not uncommon for it to exhibit this energy level until the age of five. Many have high prey instincts, and some can be overly exuberant and joyous, especially when young. They can also be destructive or develop neurotic behaviors if not given enough stimulation and exercise. This often causes problems for homeowners who are unfamiliar with the breed and unwilling to provide them with the exercise they require or a job to do. They are medium and strong dogs that require basic obedience training, and enjoy being stimulated learning new tasks. They are known for being easy to train, thanks to their high capacity for understanding.

A Belgian Shepherd (Malinois) during a military Agility training.
You should start to socialize it from the first moment the puppy arrives at home. Requires basic obedience training if you plan to have him as a pet only. They are very energetic dogs that need open spaces to be able to run and / or frolic. They have a loving character with children, they like to participate in family activities, although they can be somewhat rough when it comes to playing, so being careful with small children.

Elimination defects
Between the eliminatory defects they emphasize: that they are aggressive or fearful dogs; overly pigmented nose, lips, or eyelids; ears that hang or do not stand up on their own; tailless or trimmed; Weak appearance and rectangular body. Excessively large spots on the legs.

The Belgian Malinois is an elegant, shapely, natural, square and medium-sized dog.

It gives the impression of elegance and robustness. It is a vigorous dog, used to living outdoors so it has a coat designed to resist the harsh Belgian climate. Its elegance and expressiveness denotes a strong character, which makes it a proud representative of sheepdogs. The Belgian Malinois is an enthusiastic and speedy dog ​​with a natural tendency to be on the move. Males measure between 61 and 66 cm at the withers and usually weigh between 25 and 34 kg. Females are between 56 and 61 cm in size and their weight varies between 18 and 27 kg.

The coat should be short and smooth, tough enough to withstand the weather, with a very dense undercoat of fur. The hair on the head, ears and lower limbs is very short. The hair is longer on the tail, the back of the thighs and the neck, where it forms a thick necklace. The hair must fit the body without standing on end or hanging.

The basic color ranges from bright beige to mahogany, dotted with black hairs. The face and ears are black. The Belgian Malinois is a breed with a double coat of hair that usually sheds twice a year. Bathing it when it's dirty, brushing it once or twice a week and cutting its nails will keep your Malinois in perfect condition.

Personality:
The Belgian Malinois excels not only in grazing, but also in protection and as a law enforcement officer, in drug, gas or bomb detection, search and rescue, tracking, obedience, sledging, agility, and even as a therapy dog ​​for disabled, sick or elderly. This dog is very demanding and needs an experienced owner. It is quite temperamental and can show aggressiveness. They want nothing more than to be with their family, which makes them unsuitable for living in cages or kennels.

Coexistence:
The Belgian Malinois is a very intelligent and obedient dog. It has very strong territorial and protective instincts. This breed needs good socialization from a young age and firm training without being too hard. They are instinctively protective so they must be trained and socialized from puppies. Unless you are specifically involved in some kind of protective work, you do not need to give your Malinois any training for it, as it is an instinct that manifests itself naturally. Belgian Malinois are excellent pets in the right home, where they thrive as loving companions. Malinois unleash their herding instincts like chasing and circling by moving for hours and nibbling on people's heels. It is a perfect dog for work and obedience competitions but not for children who run and scream. The Belgian Malinois will be constantly trying to keep the child in one place!

This breed can live in an apartment if it gets enough exercise. Indoors it is moderately active but will be better off with a medium size plot or garden. They prefer cool climates although they adapt quickly. They usually live between 12 and 15 years.

History:
Malinois is one of the varieties of Belgian Shepherd. They all have the name of Belgian towns: Groenendael, Laekenois, Mechelar (Malinois) and Tervuren.

The history of the Belgian malinois dates back to the 80s of the 19th century, when these dogs (along with the German, French and Danish shepherds) were known as "continental shepherd dogs". In 1891 the Belgian Shepherd Club was formed and a group of judges determined that there was a type of native shepherd dog with a square constitution, medium size with well-established triangular ears on the head. These dogs only differed in coat texture, color, and length. In 1892, the first standard Belgian Shepherd was described recognizing 3 varieties: dogs with long hair, short hair, and hard hair.

The Belgian Malinois, along with the Groenendael, was the first breed to appear in the United States in the early 1900s. The Belgian Sheepdog Club of America was formed (the Malinois, Groenendael and Tervuren were considered the same breed at that time) and the breed began to be exhibited at the American Kennel Club (AKC) in the early 1950s. In 1951 they separated in the 3 breeds that the AKC recognizes today: Pastor, Tervuren and Malinois. 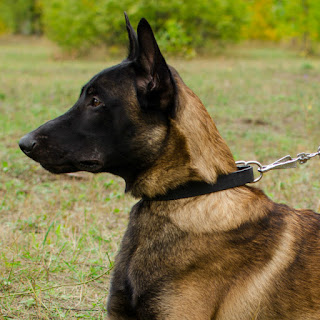 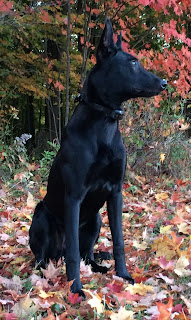 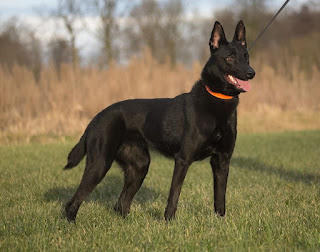 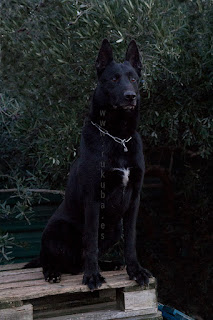 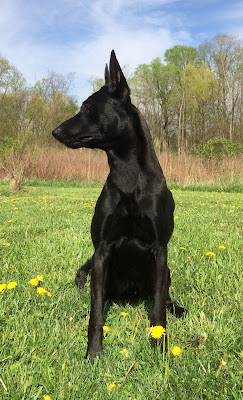 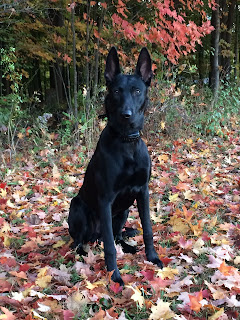 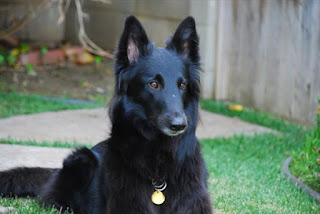 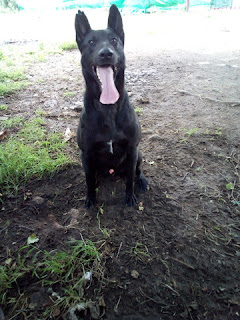