History
It was recognized as a breed in the 19th century, although its heritage dates back a few thousand years before that of the original spaniel. The name comes from the old French "espaigneul", which means "Spanish dog" in reference to the country where the original dogs (a breed of hunting and collecting dogs) came from.

The spaniel arrived in England with their Spanish owners and some copies were later sold or given as a gift to the English aristocrats to use on their farms. The increase in popularity is reflected in the numerous references in English literature, such as in works by Chaucer (S XIV) and Shakespeare (S XVI).

During that period, the spaniel breed was used to designate a certain type of hunting dog. Over time the following differences emerged:

Sample dogs: which showed the dam to its owner?
Prey lifter: which raised birds to hunters?

The hunting lifters were the ones who originated the current spaniel lifters. When a new litter was born, the dogs separated according to size. The largest (lifters) were used to lift the largest birds, while the smallest dogs were used to lift the small prey (especially the quail), giving the latter the name "Cocker", derived from the term English "woodcock" which means "woodcock".

It was not until 1892 when the UK Canine Club recognized the Cocker Spaniel as a breed, making it necessary to differentiate between lifters and Cockers.

The cocker spaniel has the benefit of having numerous coat colors and each one can have their favorite color. However, color selection has no influence or precedent on health.

Description
It is a strong, athletic, compact and balanced dog. In them, the measurement of the ground at the withers and from this to the tail is approximately the same. The body of the dog is compact, with a well-developed chest and they have a slight inclination from the back to the tail. The legs are strong and muscular, especially the hind legs.

The wide, light-looking head with a large truffle. The ears are lobular in shape and low insertion, at eye level. He has big eyes. They are usually brown, almost dark, although some specimens have them light. The expression of the eyes is intelligent, alert, bright and cheerful. You can see this dog in multiple colors. In solid colored dogs only a white spot is allowed on the chest.

The coat can be single-colored or multi-colored. In single-color dogs, only a white spot is allowed on the chest. The hair is smooth and silky in texture. The extremities and the lower body must have fringes.

It has long lobular ears that reach at least as far as the nose. Its skull is perfectly modeled and well developed and ends in a square muzzle. The eyes are round and brown or dark brown.

Although it is still used for hunting, today it is more normal to find it snooping through the thickets of a park or garden.

Maintenance
A beautiful coat, a healthy body and its natural exuberance are characteristics that define the breed. The body is strong and well balanced and stands out especially for its coat of hair. Regardless of whether the coat is solid color or is made up of any of the color combinations that characterize this breed, to keep it in excellent condition it is necessary to brush it regularly, take good care of its health and provide it with a quality diet.

While the inner hair is soft and glued to the skin, the outer hair is a long, smooth and silky coat that provides great protection to the skin and body. You need to brush and cut your hair regularly, taking special care with your ears to avoid tangling your hair.

It looks lush and that is due to the largest organ in your body, the skin. But the role of the skin is not only aesthetic, it also protects the body against disease and infection, and acts as its first line of defense. Your hair also has complementary functions that consist of isolating the body and protecting the skin against possible trauma and damage due to heat, sunlight and irritating agents. It is susceptible to skin irritations and that is why the nutrients present in its diet are of vital importance, since they ensure the proper functioning of the skin.

Feeding
A diet rich in essential nutrients such as: proteins, fats, vitamins, minerals, zinc, copper and fatty acids are essential for the health of the dog's hair and skin.

Chicken, lamb, fish, and eggs contain proteins that provide essential amino acids for good health. Cocker's hair is 95% protein. If your diet does not contain enough quality protein, there is a risk that your hair will fall out or dry, weak and brittle.

The English Cocker Spaniel is slightly taller than it is long.

This moderately built dog is small enough to pass through dense bushes (and fit on your lap) and large enough to catch prey (and go jogging with you). English Cocker Spaniel measure between 35 and 43 cm and weigh about 7-8 kg.

The head of this breed is long and narrow, compared to other spaniels. The ears are long and droopy. In general, the expression of these dogs is soft and the contour of the head is rounded without sharp angles.

The coat is of medium length with a silky touch, long enough to protect the bottom of the dog but not long enough to be an obstacle. The coat of these dogs has a multitude of colors and patterns.

Personality:
The English Cocker Spaniel has maintained its strong hunting instincts, there are few things in the world that this breed likes more than going out in search of birds. Although this passion rivals the pleasure of staying close to family members. This is a breed that enjoys being a part of all family activities. Cheerful, docile, loyal, sensitive, and playful, in short, the perfect companion for a caring child or adventurous adult.

It is a friendly dog ​​with other dogs or pets, children, strangers and even thieves. The English Cocker Spaniel is a good watchdog although a poor choice as a guard dog.

Coexistence:
The English Cocker Spaniel was bred to hunt throughout the day, searching, marking and collecting prey (specifically birds). This type of energy is not burned by walking around the block. These dogs need a lot of exercise but fortunately they can meet their needs with a couple of good periods of exercise a day. Having access to a fenced garden is always a help.

The coat of the English Cocker Spaniel should be brushed two or three times a week. To improve its appearance, the hair should be shaved or trimmed around the face, ears, tail and legs approximately every two months.

The ears need special attention, as they are prone to developing problems if the dirt that accumulates inside is not removed. When the dog is eating, the ears should be pulled back with a hairnet to prevent food from sticking to the hair.

History:
Spaniel are one of the first groups of dogs bred to help catch birds. For this reason, it is a huge group of dogs with different breeds specialized in hunting different species of birds and in different terrains.

It is this specialization in hunting that determined the division of the breed into larger and smaller Spaniels, the latter specialized in hunting woodcocks. No attempt was made to breed the different varieties separately, so it is normal to find dogs of different sizes in the same litter. With the arrival of the dog shows this was a drawback, so in 1892 the two spaniel sizes began to be designated as different breeds, naming the smaller ones as "Cocker Spaniels".

When the Cocker Spaniel arrived in America, many American breeders began to breed dogs with a different appearance than that traditionally developed in England. The differences between the two types grew larger and larger until they gave rise to two separate varieties in 1936. This means that they can interbreed but must be displayed separately. Since no one crossed both varieties, they separated into 2 different breeds in 1946. In America, the American version of the Cocker Spaniel became more popular, while in the rest of the world the English Cocker Spaniel is more frequent. 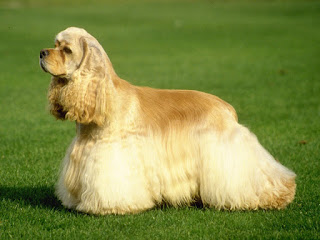 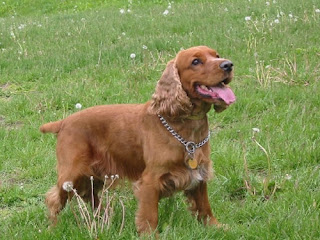 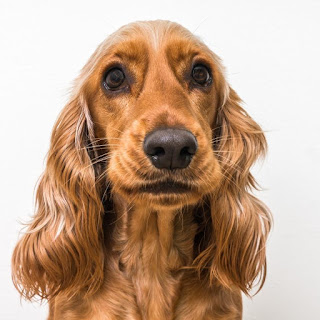 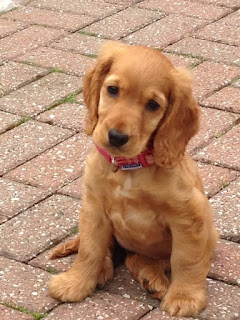 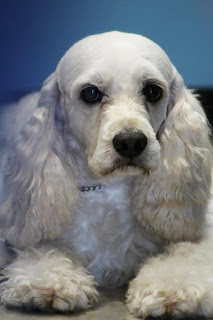 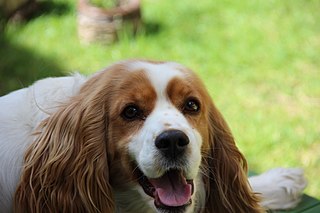 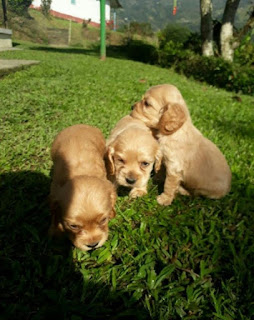 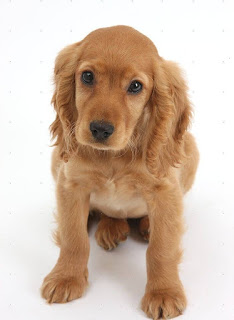 5 Things To Know Before You Adopt a Cocker Spaniel