The Jack Russell Terrier is a breed of dog originally from the United Kingdom, and whose development was based on the standard of the Work Club in Australia. It is basically a white dog, more compact than tall, agile, and that despite its small size it has a lot of strength and endurance. It is a working terrier, alert, tenacious and independent. An excellent companion dog for active people. There is a variant called Parson Russell terrier that is larger.

History
England, country of origin
This breed of dog owes its name to the Reverend John "Jack" Russell. Born in 1795 in Darmouth, England, he was a pastor for many years in Swymbridge Parish, County Devon. Terrier lover, during his studies at Oxford he bought his first dog of these characteristics, a white female with hard hair with markings on the head called "Trump", which by the description and photo that are preserved of her is quite similar to the current one Jack Russell terrier FCI standard.

Fox hunting was widely practiced in Devon County at the time Reverend Russell lived, and he was passionate about this activity. His hobby led him to breed dogs. Thus, he began to cross hunting dogs, more exactly terriers of different single-colored and multi-colored breeds. What he was looking for ways to improve the aptitude of the specimens, not to homogenize the physical aspect of them and therefore when he died he did not leave a specific standard. The crossbreeds and the non-standardization of the breed have caused divergences about the current appearance of the Jack Russell terrier.

Australia, developing country
It should be noted that Australia was the country that actively contributed to the development, and subsequent recognition, of this breed internationally. There are no specific data on when the first Jack Russell terrier arrived in Australia, but there is information about specimens that came as a gift and contributed significantly to the breed. As for example in 1964, "Hardy" (JRI-5) which was a gift from the Duke of Beaufort - Beaufort Hunt Club in the UK - to the Australian equestrian winner of the Olympic gold medal: Bill Rycroft. So was the "Kiss Me Kate" (JRI-6) of the Duchess of Bedford - Bedford Hunt Club in the UK.

In 1972 the Jack Russell Terrier Club of Australia was officially formed. This specialized club instituted a comprehensive registration system along with a formal breed standard. This club also started discussions with the Australian National Kennel Council about the possibility of recognizing and registering the breed. On October 25, 2000, the International Cynological Federation - Europe Division - finally officially and definitively recognized the Jack Russell terrier breed using the standard from Australia.

Some work clubs refuse to recognize this breed, despite recognition from the FCI, UKC, AKC, ANKC and many other countries. These clubs carry out their own breeding records and competitions, such as the Jack Russell Terrier Club of Great Britain (JRTCGB) or the Jack Russell Terrier Club of the United States (JRTCA), these types of clubs describe in their highest terriers of the Parson Russell terrier type, like a Jack Russell.

Appearance
Its basic and predominant color should be white - a minimum of 51% - although it may have brown, tan or black spots on various parts of the body. Dropped ears with good texture and great mobility. Its average height is between 25 and 30 cm in height at the withers. The depth of the body from height to the withers and chest should be equal to the length of the front leg from the elbow to the floor. The dog as a whole is longer than it is tall. Its approximate weight is between 5 and 7 kilos. They usually have around 4 to 6 offspring, and their gestation lasts 2 months.

Fur
Like most terriers, they have water-resistant hair, which protects the dog when it enters burrows or lakes. Its coat or coat can be of three types: smooth, hard and semi-hard. Depending on the type it presents, it will be maintained and cared for. JRTs with hard and semi-hard hair require more intense maintenance than those with straight hair.

Normally a smooth-haired dog only needs a weekly brushing. While hard and semi-hard hair JRTs require the technique known as stripping, which is the extraction by hand and consists of pulling dead old hair by the roots, and it must be done during the spring to remove the winter coat already late summer to allow the winter cloak to grow - keeping the animal warm during the cold months. Extracting the dead hair in this way allows it to grow again maintaining the texture and function of the coat. If the animal participates in dog shows, it will need a specific calendar to attend to its coat and thus allow its coat to present the required standard texture. 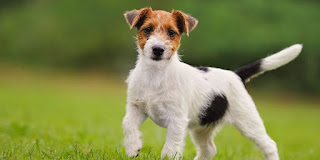 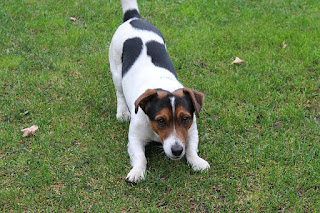 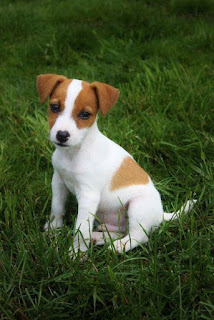 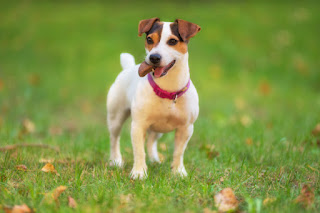 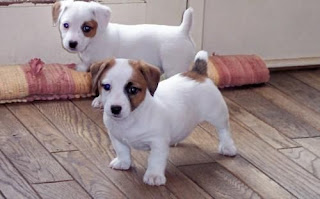 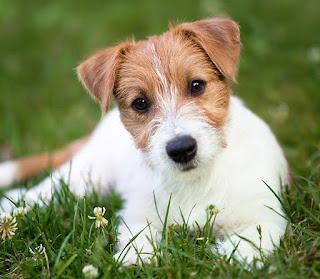 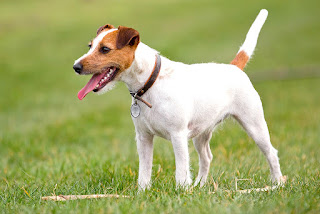 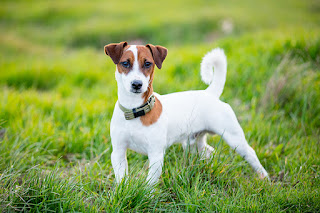 Jack russell terrier video : All About the Jack Russell Terrier