Rhodesian crested, commonly called by its English name Rhodesian Ridgeback, refers to a breed of dog of muscular, South African origin, large, extremely agile and fast (can reach 30 km / h) mainly used for hunting, guard and company . It belongs to group 6 of the FCI.

characteristics
The breed standard indicates that males should be between 63 and 69 cm at the height of the cross, weighing between 36 and 41 kg, and females a little smaller, 61 to 66 cm in height and weighing between 32 and 36.5 kg.

Its coat is short, dense, smooth and shiny, without being woolly or silky. The front legs are straight and strong, with good bones and the elbows close to the body, which makes it an extremely resistant animal.

It is a dog with a good presence, strong, muscular, and agile and active, with a symmetrical appearance, balanced and well balanced. An adult specimen is a beautiful, well-planted and athletic dog capable of traveling long distances with adequate speed. Its agility, elegance and solidity are emphasized without being robust.

It has, as a characteristic, a ridge on its spine, formed by hairs that grow in the opposite direction to the rest of the coat.

The ridge has to be clearly defined and symmetrical, tapering towards the hip. It should start immediately behind the shoulders and continue to the hip bones (rump). The crest should only have two crowns, identical and opposite. The length of the crown should not exceed 1/3 of the total length of the ridge or ridge. A good average width of it is 5 cm.

The breed standard accepts colors ranging from pale to reddish wheat. The color of the truffle can be black or brown (liver nose). They may have a black mask. A small white spot is allowed on the chest and on the fingers of its front or rear legs.

South African hunters discovered that the Ridgebacks in pack were very effective against lions, thus creating a second name for this breed: "The African lion hunter". It adapts perfectly to the environment of the African steppes. It can withstand high temperatures as well as the cold at night. It is resistant to insect bites and can remain without food and water for more than 24 hours.

History
The history of the breed has its beginnings in the 16th century, when European colonizers, when they arrived in southern Africa, came into contact with the local aborigines their language). These had with them a type of semi-domesticated wild dog (which they also gave the name khoikhoi) that had, as its main feature, a strip of hair in the shape of a spearhead, on the back, which grew in the opposite direction to the rest of the fur , forming a ridge that characterized it (origin of the name "ridgeback", which means dorsal ridge). It was a tough dog that hunted with Aborigines in the African steppe and cared for their livestock at night. Due to the nature of the prey and the harshness of the environment, this rustic dog was able to withstand the drastic variations in temperature between the hot day and the sub-zero temperatures at night, they survived without losing their energy until a couple of days without no food or water if necessary. He had short hair so as not to be eaten alive by large ticks. It was an extremely well adapted animal, resistant, silent hunter, rarely barked, was very brave and loyal for what was highly valued by its owners.

When the first European settlers arrived in southern Africa, they began their hunting safaris, taking with them the dogs brought from Europe, mastiffs, hounds, terriers and the Great Dane, but none had the courage, agility or endurance to try to get closer to the fearsome African lion, or resist the inclement weather of this aggressive environment. When crossing these European dogs with the dog, of medium size and pointed ears of the natives, they noticed that the pups improved the characteristics of the crested dog but that unfailingly only those who kept the crest inherited their temperament. The notable European hunter Cornelius Van Rooyen noticed this and continued to breed and select his hunting dogs based on the presence of the crest, since they were the ones with courage, bravery, endurance, and superior hunting ability.

Although in the bibliography found it is sometimes difficult to agree that European dogs were the ones that contributed their characteristics when crossing with the native khoi-khoi crests, it is estimated that these breeds were the ones that could have had more influence in obtaining the rhodesian ridgeback as it is known today:

The Khoi-khoi, provided the crest, the courage and the ability to face the lions. Some of the drawbacks were its small size, its erect ears and its long fur.

The Irish Terrier provided the ideal coat color for camouflage, toughness and bite power. The drawbacks, lack of height, long hair, short humerus and too much daring.

The Airedale Terrier contributed the same good and bad points as the Irish Terrier, but improved height.

The Deerhound provided good body and height, but the long-haired coat, the semi-erect ears and the fine muzzle were not desirable.

The Pointer, introduced a good hunting instinct, improved the problem of ears, brown nose, good body, symmetry and movement. The drawbacks, too white, lack of height, and sometimes more interest in birds than lions.

The Great Dane, definitely improved the problem of height, features of short hair and darker muzzle.

Thus, different dogs were obtained, but what always stood out was that only those who kept the crest were daring at the time of the hunt and continued to retain the characteristic of facing the largest feline, the African lion. In addition, their short hair made it easier to detect when they had some type of parasites (ticks and leeches), they were highly resistant to climatic variations, high temperatures during the day and low at night.

He could run with a horse's gallop for 30 miles (48.28 km approx.) Without stopping, and he could also spend at least 3 days with little food and water. These qualities added to his temperament, courage, intelligence and unconditional fidelity to his master (he is capable of giving his life for this) made the Rhodesian Ridgeback a unique dog that any hunter wanted to have in his pack. Due to this demand, more dogs with these characteristics began to be found. In 1922, work began in Bulawayo, present-day South Rhodesia, Zimbabwe, at the Bulawayo Kennel Club Show to formulate the breed standard, and later achieved recognition by the South African Kennel Union of South Africa in 1927.

Temperament
He is loyal and intelligent, although somewhat distant from strangers. This is not to be confused with aggression, a Ridgeback with a stable temperament will be more inclined to ignore, rather than challenge a stranger. This breed requires training based on positive reward reinforcement; early socialization is necessary as well as consistency.

This breed is often not the best choice for inexperienced or first-time owners. Ridgebacks are strong willed, and many of them seem to have a special penchant for pranking. They are protectors of their owners and their families. And if they are well trained, they can make excellent guard dogs, although this particular trait should not be encouraged. Like any dog, they can become aggressive if they are not socialized correctly. They are patient with children, although due to their size and strength it is convenient that they be supervised during their games. Their crest is often confused with the idea that the dog is bristling; This often leads to misinterpretation of their attitude.

The distinctive feature of this breed is the crest of the back.

It is formed by the growth of the hair in the opposite direction to that of the rest of the hair. It starts just behind the shoulders and descends to just before the hips. At the point where the ridge begins there are two identical crowns (spirals) directly opposite each other.

The Rhodesian crested is a strong, muscular, balanced and athletic dog, it has great capacity of resistance to speed. The height of males ranges between 60 and 70 cm (40 kg) and females between 60 and 65 cm (32 kg). Famous for its calm and solemn temperament, the crested is faithful and affectionate with its master and reserved with strangers.

Hair color ranges from light wheat to reddish wheat. The presence of white on the chest and fingers is allowed, but an excess of white hair on the abdomen or on the fingers is not desirable.

Personality
The Rhodesian Crested Dog has gained many adherents for its innate qualities. This breed has many of the characteristics that are usually associated with hounds, although it is somewhat harder. He has a calm and sweet temperament, and rarely barks.

Although it may give the impression of being a large, lazy hound, the Rhodesian Crested Dog can be menacing. This dog was raised to hunt and be a protector of the family. The crested is easily trained and its domestication is above average.

Given their innate guardian skills, crests should not be trained as dogs for protection. Your natural protective instinct must undergo obedience training for your control.

Coexistence
They are extremely tolerant dogs and excellent companions, they are gregarious animals that enjoy the company of other dogs; however, families should be vigilant if they have multiple male dogs in the same household, as dominance-related fights may occur. These dogs can get along well with cats if they have grown together.

They get along well with children, although both the child and the dog must learn to behave in the presence of the other. Given their size and strength, younger children can accidentally knock young children down. Crests protect children and other household members. They are excellent guard dogs and family protectors, although they should know that the caretaker is in charge.

The crests will be alert to anything out of the ordinary. They are athletic and jumping dogs, so you can find their natural curiosity taking over when there's something interesting on the other side of the fence. Although they are not naturally diggers, they can create certain cool summer "caves" in the yard if not under supervision.

Rhodesian crests are extremely clean. They can be called good eaters, so you may need to monitor their calorie intake to prevent them from overeating or gaining weight.

History
The Rhodesian Crested Dog, often known as the "African Lion Hunter", is native to South Africa. The breed's history dates back to the 16th century, when the first Europeans explored the interior of the Cape of Good Hope. There they discovered the Khoikhoi tribes, who lived with a semi-domesticated dog with fur along its back-growing spine. It is what we currently call "crest".

Boe farmers improved the breed to be able to use it as a hunting dog in the unexplored lands of Africa. They needed dogs that could raise big game and protect their farms from marauders and wild animals at night. Farmers also needed a dog that could withstand the rigors of the African bush, survive the drastic temperature swings from the heat of the day to freezing temperatures at night, have short hair to avoid bush ticks, and that could be twenty-four hours without water. That dog also had to be a companion and protection dog for the wife and children.

In 1922 a group of breeders from Zimbabwe created a standard for Rhodesian crested that has remained largely unchanged to this day. Several rare specimens were introduced to the United States in the early 1950s, and by 1955 the Rhodesian Crested Dog was the 112th breed supported by the American Kennel Club. 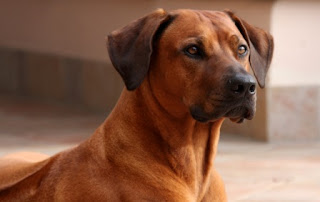 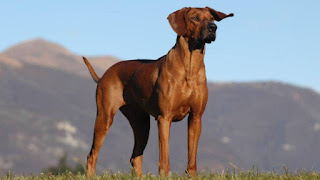 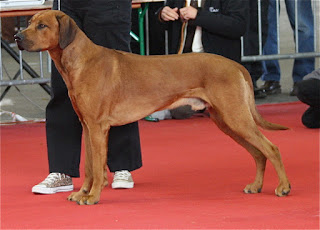 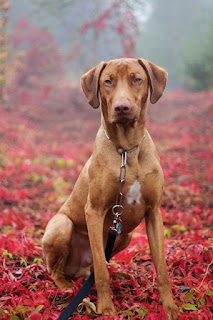 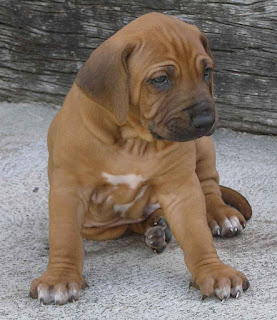 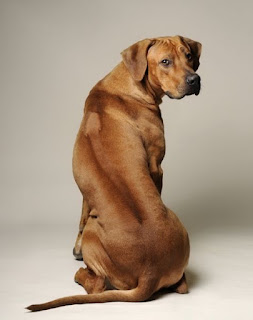 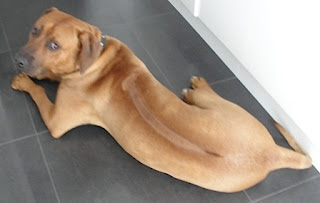 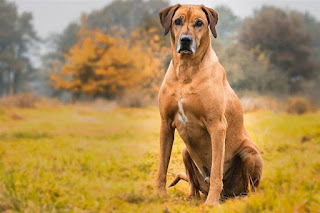 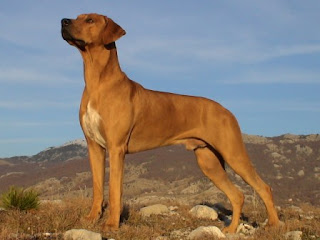