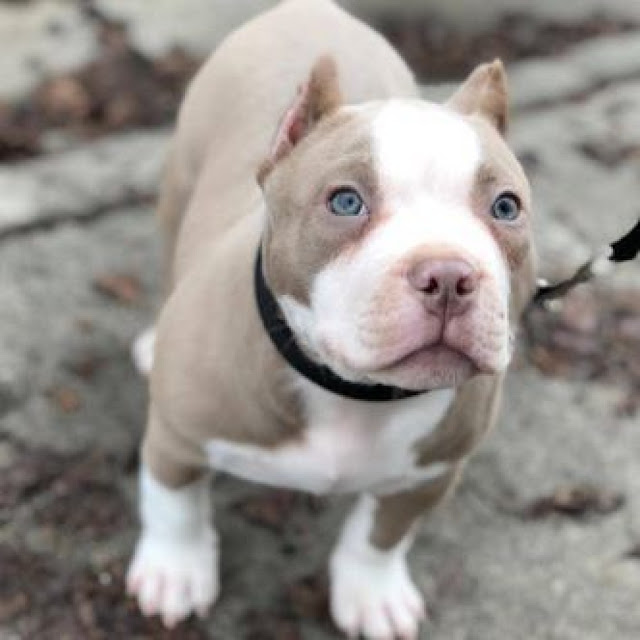 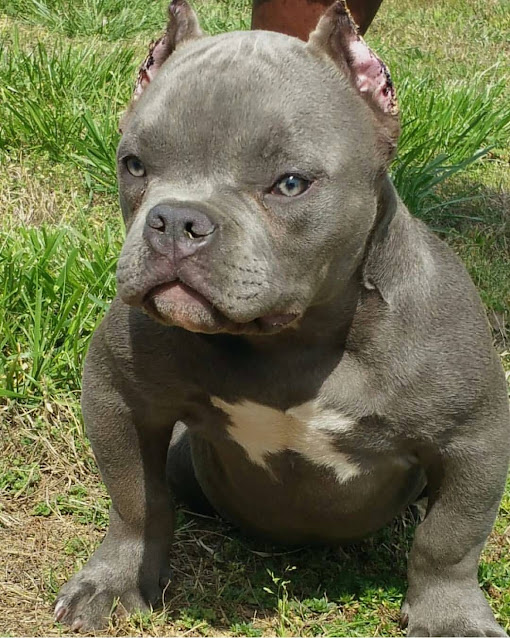 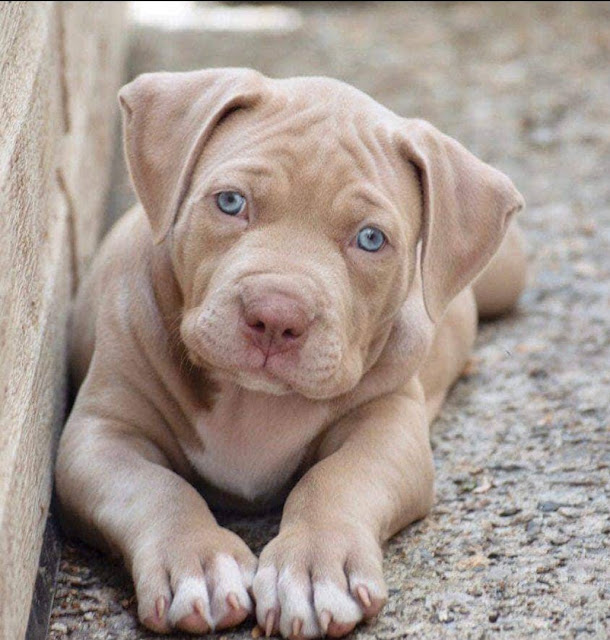 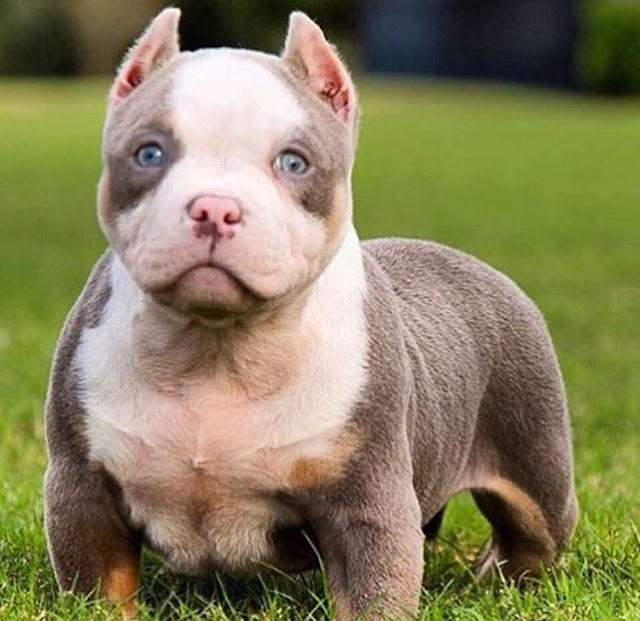 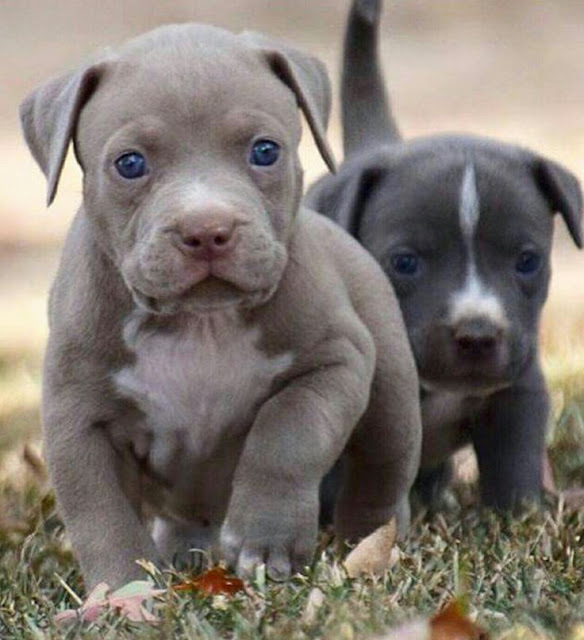 Are pit bulls dangerous if we have a baby?

For many people, pit bulls are an extremely aggressive and dangerous breed of dog. Few races have such a bad reputation as this, due, in part, to their imposing physiognomy and the myriad myths and prejudices that run around them.

If there is a breed that has been abused since its origin, this is undoubtedly the pit bull. Originally from the United States, the American pit bull terrier earned its name and fame when in the 18th century the bulldog breeds were mixed with those of the terrier to give rise to a pit bull terrier hybrid, whose first destination would be to fight in the graves with bulls, rats or other dogs. The suffix 'pit' actually means 'pit'.

It is a dog with a strong, courageous, determined and enthusiastic character. The United Kennel Club standard determined that it is not a suitable dog for those owners looking for guard dogs, since they are extremely friendly, even to strangers. However, they tend to present a certain degree of aggression against other dogs, hence it is recommended that owners socialize carefully and educate in favor of obedience.

Numerous studies have been carried out, the purpose of which was to detect whether there were ‘aggressiveness’ genes that led them to react, on certain occasions, violently. The conclusion has always been the same: Trying to find something that shows the dangerousness of this breed is nothing more than an attempt to justify the mistakes that the owners make during the upbringing and education of the animal.

The education of a dog starts from the moment we decide to name it. If we call her ‘Fiera’ and put a spiked collar on her, it is likely that we will turn her into a distrustful animal, and consequently dangerous to others.

The education that we provide to our pet during its socialization stage (from three weeks to approximately three months) will be a decisive moment in determining its behavior. During this stage, a pitbull, and any other animal that we want to be social, we must expose it to many external stimuli to avoid future problems.

Keeping a dog away from humans during her socialization stage will negatively influence her reaction when she sees them throughout her life as an adult.

Pitbulls and babies: a tender relationship!

A pit bull does not have to be dangerous for anyone, much less for a baby. In fact, experts recommend that puppies socialize with children during their first months of life. The reason is very simple: young children move very fast and are sometimes clumsy. Exposing dogs to these types of movements that may appear in their daily lives will make them react positively and naturally when they are adults.

It is important that we accustom any animal to the presence of children to show them that they are not a threat or obstacle between the owners' affection and him. Makes sense right?

The truth is that the pit bull is not a much more dangerous animal than any other. In fact, at the beginning of the 20th century, this breed was considered by many to be the ideal breed for taking care of children at home, hence they were nicknamed "nanny dogs" for more than a century and a half.

Paradoxically, behind that imposing and sculptural canine figure, a trustworthy and tender animal hides. Pit bulls are not the dogs with the most powerful bite, and they are not the most aggressive by nature. The problem, although it sounds cliché, is in those who raise and educate them, and of course, in the bad and unfortunate publicity they have.

Still, just because the relationship between a dog and a young child can be beneficial and loving does not mean that precautions should not be taken. Adults must ensure that the dog does not adopt a jealous attitude when a baby comes home, likewise, we must also take into account that the little ones can become very tired and harm pets while playing, which, in self-defense , could lead to a violent reaction on the part of the animal.

Let us remember that for the coexistence between an animal and a small child to be positive it is essential that we educate both the baby and the dog to respect each other. The love and affection between the two will come over time.

Training a pitbull dog to live with babies

We know the story of a family and a 7-year-old pit bull dog. The dog feels dethroned by the baby of the family and his attitude is destabilizing the home. The veterinarian and pet, Carlos, comes to his aid to see if he can resolve the conflict to everyone's liking.

Being afraid of a pet is an alarm signal that must be addressed with the utmost urgency. If the "conditions" in which the dog lives are broken it can produce states of stress and anxiety.

The problem is that the mother is afraid of the dog's attitude and is considering giving it away. For her part, the husband and owner does not want to get rid of her partner of the last seven years and decides to ask for help.

What you should know about dog breeds:

The Government of Spain defines pit bulls as a potentially dangerous breed and there is common legislation throughout the national sphere. On the contrary, organizations such as the American Society for Canine Temperament Examinations, consider the Pitbull as one of the most qualified breeds to interact with children. However, every dog ​​must be supervised when in the company of a child and be educated on the positive aspects of the relationship.

In this case, a behavioral veterinarian is necessary to try to help them in this situation. After seeing the situation, the animal behavior specialist gave them a series of advice.

The first advice is that the dog has a fixed routine. Even if there is a little girl, it does not mean that the dog has to take second place in the house. Entrances and exits at an hour, the food also always at the same time ... That is, a continuous and fixed routine. This creates in the dog a situation of well-being, of balance.

Another tip is to use all the tools that are at your fingertips. One of the tips is the sterilization of the animal. Also in this case, a strict training. Finally, after carrying out all these steps, it is to introduce the girl, that is, that the dog associates the girl as something positive. At the time that the girl was "on stage" also pay attention to the dog, giving him food, games etc ...

These are the four steps when it comes to training a pitbull to live with babies.