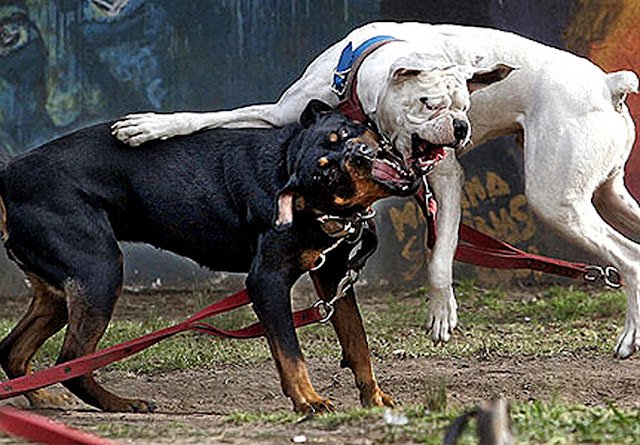 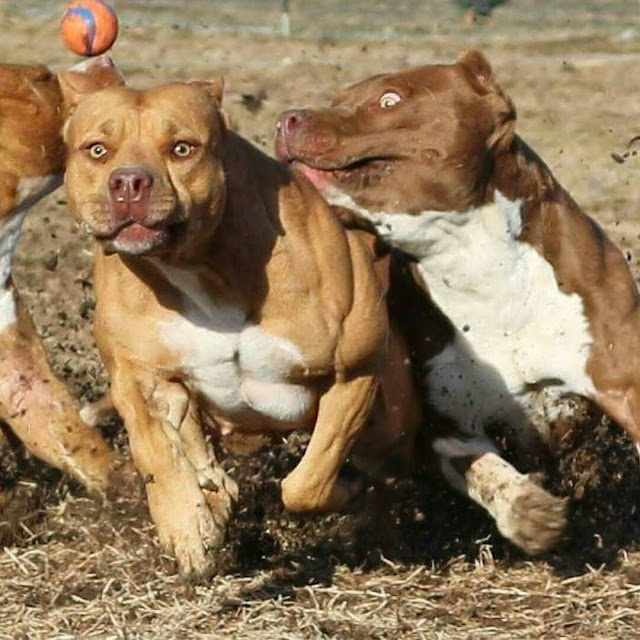 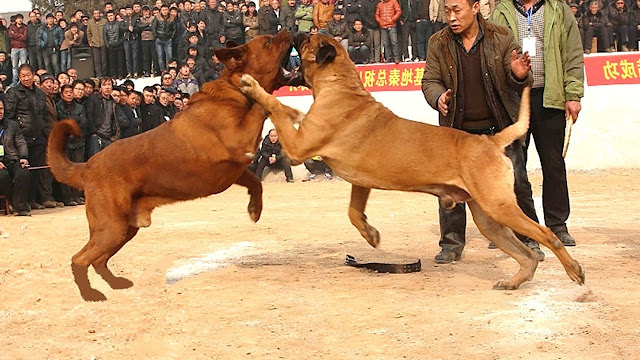 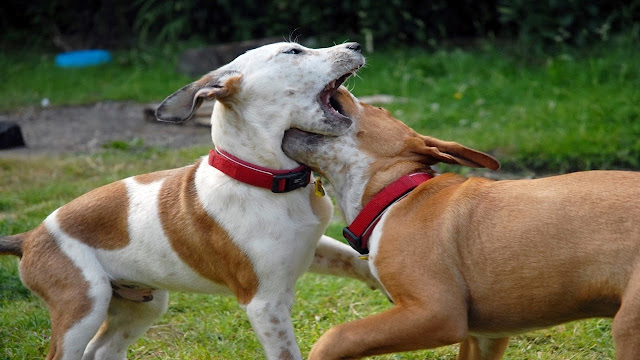 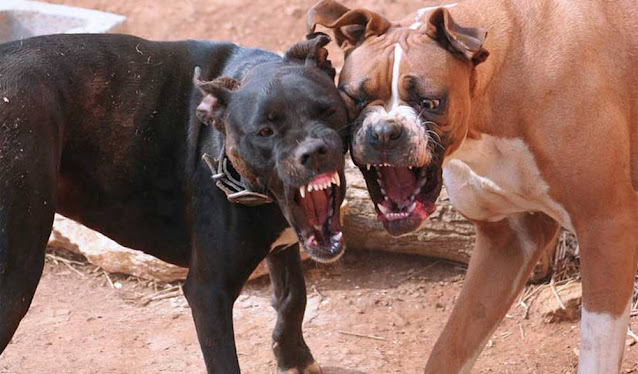 What is the origin of the Pitbulls?

When talking about the American pit bull, or simply pit bull, the typical idea of ​​the aggressive and fierce dog always comes to mind. Undoubtedly, this is due to its reputation as a fighting dog, a characteristic for which this breed was valued in the past.

But, did you know that most people who know the pit bull today, and understand his temperament, describe him as a natural fool or clown?

Although it is true that its origin was linked to the world of clandestine fights and betting, little by little the breed evolved into a farm dog, and later, a pet or companion dog.

If you want to know other details about the history of the pitbull, its ancestors and its evolution, among other information of interest ... keep reading below.

How and where was the pit bull breed born?

The origin of pitbulls dates back to the early 19th century and is located in different regions of England, Ireland and Scotland. These dogs were bred from the old English bulldog, a breed that by then had gained popularity in a blood sport known as "fattening bulls."

The fattening of the bull, which consisted of tying up a bull so that 1 or 2 bulldogs would harass it for hours until it collapsed, was banned in 1835. This led to the emergence of other illegal sports that are easier to hide, such as rat hunting and dog fights.

These activities required more agility and dexterity on the part of the dog, hence the breeders began to cross bulldogs and terriers. This is how the first pit bull was born, a perfect combination of agility, speed, tenacity and strength.

Those same traits made him the perfect dog for clandestine blood competitions, where they had to face other specimens and demonstrate all their might.

What was the origin of the American pit bull?

The first pit bulls came to the United States through the settlement of European immigrants in the lands of the New World. They were also used here as fighting dogs, especially during a period when fighting was a legal and quite popular activity.

Many wealthy people and prominent politicians used to visit the fighting rings, betting large sums of money on their dogs.

However, a breed with so many talents did not go unnoticed in the eyes of farmers and ranchers, who began to use the pit bull terrier as a catching, hunting and herding dog. He was an excellent companion for herding livestock, hunting wild pigs and bears, protecting property against intruders, as well as being kind to family.

The American Pit Bull could do everything from playing with kids to serving in the military.

In keeping with the emerging nation "bigger is better" mentality, the settlers wanted to develop a dog larger than the English Pit Bull. In 1898, this new dog was named American Pitbull Terrier by the United Kennel Club (UKC).

Later, in the 1930s, the American Kennel Club (AKC) decided to recognize the breed, but under a new name. The intention was to separate him from his past as a fighting dog, hence why he was called the American Staffordshire Terrier.

Since then, the American Staffordshire Terrier has been bred to AKC standards, but ironically the American Pit Bull has never been recognized by this organization. The differences between the two dogs are very slight, with some variations in structure and personality.

The evolution of this breed gave rise to two main types of pit bull: the red nose pit bull (red nose) and the blue nose pit bull (blue nose). As the name implies, each type has the nose of the color in question, but that is not the only difference; Pitbulls' appearance can also vary in other characteristics.

For example, the coat color of the blue-nosed pit bull is typically in the range of light gray to tan, while the red-nosed pit bull has a darker coat, somewhere between brown and red.

Likewise, blue-nosed specimens are usually sold at a higher price, since they are considered more faithful to the breed, that is, close to the original pitbull. The red noses tend to be mixed specimens, coming from pit bulls that were diluted with the American breeds that emerged later.

Despite the violent and bloodthirsty reputation that pit bulls still have, there is evidence that domestic dog lines were already running in their genetics.

The bulldog, from which the pit bull's aggressive temperament was derived, is said to have also been used as a watchdog and companion dog.

This is demonstrated by various works of art, with some dating as far back as the 1500s. A very famous painting from 1817, titled Crib and Rosa 5, shows the old, now-extinct English bulldog that gave rise to the pit bull.

It is said that when handlers entered the fighting ring to separate the dogs, they wanted to be able to do so without being bitten or injured in the process. This made the first breeders very soon try to enhance the traits of kindness and familiarity towards humans, without losing the protective instinct and strength that characterized the new breed.

Who were the ancestors of the pitbull?

The pit bull type of dog is said to descend from the bulldog and terrier breeds. The crossing of both dogs gave rise to a new specimen with the strength and power of the bulldog, as well as the speed and agility of the terriers.

Does the pit bull really consider himself a “babysitter dog”?

In the early 1900s, the pit bull became known as a “babysitting dog” due to its loyal, loving, family-oriented, and especially patient behavior with children. In fact, it is said that at the time many parents used to leave their children alone at home under the protection of a pit bull.

However, most sources and historians claim that there is no evidence to support the idea that this breed actually serves as a nanny dog. Apparently this is nothing more than a myth.

How did the Mexican pitbull originate?

The word "chamuco" is a popular Mexican term that means devil or demon.

I hope that the information summarized in this article has helped you to better understand the origin of the Pitbull and especially the American Pitbull, a dog that was initially bred as a fighting animal, but which evolved to become a farm dog and pet of the family.

Today, the famous pit bull is not only beloved as a watchdog and companion dog, but is also valued for its tenacity and courage as a competitor in weight, agility, and obedience sports.

The detainees are accused of the crime of animal violence, after neighbors denounced that the attack was carried out among the dogs of the Pitbull breed on the public highway.

The animal fight occurred on the corner of Chabacanos Street and Hidraúlicos Resources Avenue in the San Cristóbal neighborhood, where the Hermanos Galindo workshop is located.

The brothers "were denounced by a citizen who was passing by and observed the confrontation between two canines of the Pitbull breed, for which he requested the intervention of municipal police."

The brothers Agustín and Alberto “N” were also arrested for violating the municipal side, which prohibits clandestine dog fighting.

"The authorities also secured a 2-year-old pitbull dog named Huracán, who had various injuries to his face, for which he was confined to the municipal canine care center for his care."

Due to the facts, the detainees were at the disposal of the Public Ministry.

they dismantled an international network of pitbull dogfighting

Police detained 41 people and rescued 19 severely injured animals. The corpses were used to feed the other victims. The images can hurt the sensibilities of the readers.

Brazilian police broke up a bloody international fight of pit bulls in São Paulo over the weekend, in an operation that discovered the animals in terrible conditions and left dozens arrested.

One hundred police officers from San Pablo and Curitiba rescued 19 very injured animals with severe signs of abuse, and detained 41 people, including an American, a Mexican and a Peruvian.

The policemen found the farm where the fight took place thanks to an anonymous report. According to Laiola, the event had a high level of organization. Last year it had been held in the Dominican Republic.

Pitbulls were trained and had not eaten or drunk for days. "We presumed it was so they were too stressed to fight," Laiola said.

In the images shown, one dog was dying and another was so injured that the muzzle was raw. Police officers detained a veterinarian who was trying to resuscitate a dog that had already fought to force him into another duel that same night.

The detained American acted as judge of the fight. Laiola explained that bets were made locally and virtually from other countries. During the operation, 47,000 reais (USD 11,750) were seized, but Laiola clarified that the investigation will discover how much money was mobilized in this illegal activity.

The investigation began when police targeted a breeder and a dog trainer in the state of Paraná, authorities said. Agents followed the two suspects to San Pablo and requested reinforcements from the state police before making the arrests.