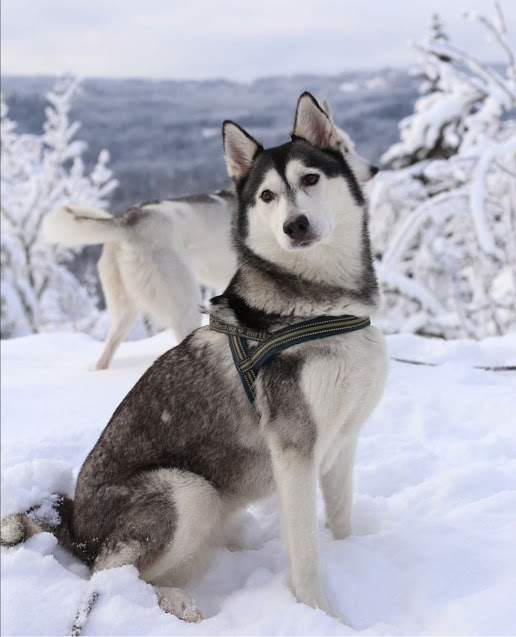 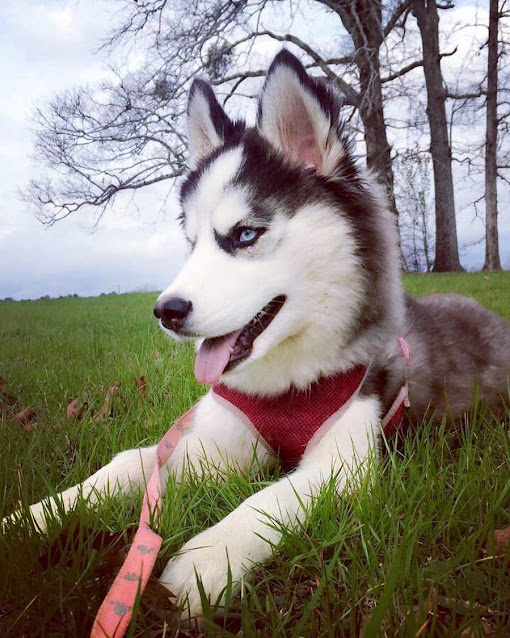 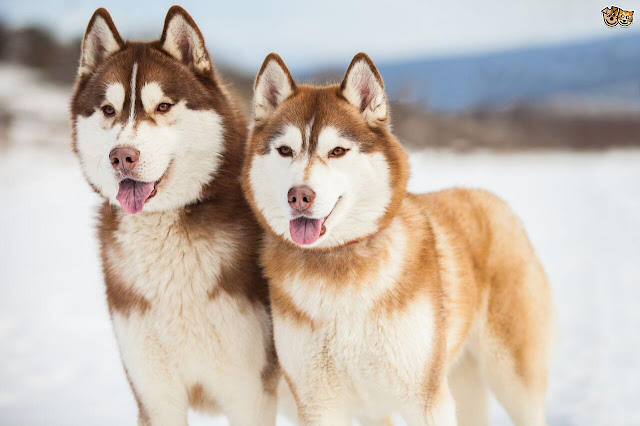 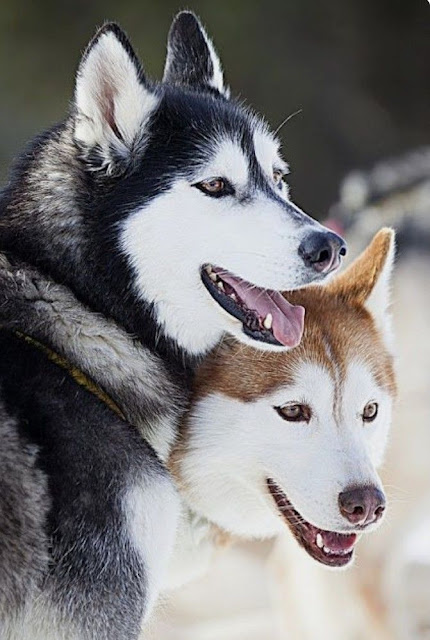 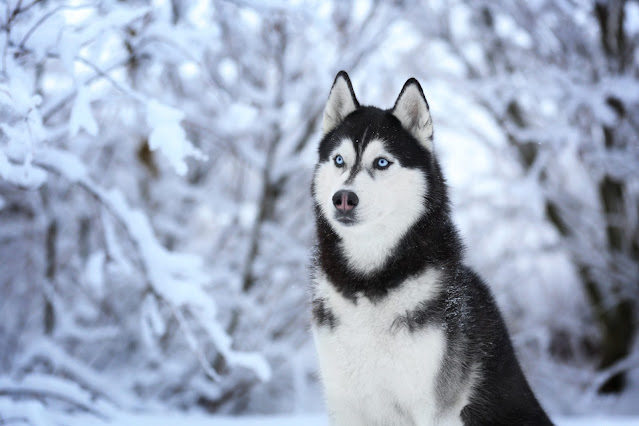 Siberian husky dogs are a working breed from northeastern Siberia (Chikotka, Russia), currently it is a great companion dog and worker par excellence. This breed has a certain resemblance to the wolf. It is currently among the favorites of many and its curious characteristics have made it the kings of digital media and viral videos.

Today we present you some information about these particular dogs that perhaps you did not know:

1. The husky was originally bred by the Chikchi tribe, where it was used as a companion dog, to herd deer, pull sleds, and keep children warm; today it is found in various areas of the world.

2. It has characteristics that make it a great family dog: it is good with children, affectionate, friendly, playful and above all funny. In addition, it also has a great independent character, due to the physical characteristics and natural instincts that it shares with the wolf.

3. The husky shows excellent running qualities, which is why it requires a lot of exercise. This breed of dog is loyal to those in his family, but will still be friendly with anyone he meets, although in fact, a Siberian Husky can never have too many friends. If you are considering a guard dog, this is probably not for you.

4. Regarding its behavior, the Siberian husky is a vigorous, restless and quite independent dog. It is not usually a very obedient or easily trainable dog.

5. The male is more dominant with his owner and little demonstrator of affection. This does not mean that it is a lonely dog, quite the opposite. In fact, this peculiar dog does not like to obey too much, but more to be obeyed, and he does not like to be pampered insistently, but rather to be accompanied.

6. Their coat is double-layered, thick and can withstand temperatures as low as -50 ° C to -60 ° C. There is a variety of Siberian husky that has a long outer coat, due to a recessive gene, this variety is not accepted or simply is not recognized in most dog clubs. The coat colors are of different varieties, from black to pure white, with or without markings on the head. The face mask and underside are generally white, and the cape any other color. The most common colors are white with white, white with black, red with brown, gray with silver, gray, sable, red with orange and black tips, dark gray with white.

7. The Siberian husky is much more than just a pretty dog. This is one of the favorite breeds for sledding in Siberia and Alaska. In January 1925, in the United States, a diphtheria epidemic hit the city of Nome in Alaska. There the serum was not enough to attend to all those affected, and a great storm prevented the takeoff of the plane containing the medicine. But a Siberian husky and all his companions crossed the Bering Strait and brought the necessary serum. The action lasted 127 hours, that is, more than five days.

8. The usefulness of this dog is not limited to sleds. This dog lives in temperatures that humans cannot withstand without protection, an aspect for which in World War II the Siberian Hisky was used by the United States Army in search and rescue operations in the Arctic regions.

9. Anyone could mistake it for an arctic wolf, since the Husky was born in an isolated region of Siberia near the Kolyma River two thousand years ago. They were brought to Alaska since 1905 and continuously for two decades due to the gold rush. They were used to pull sleds, especially for the All-Alaska Sweepstakes race, which covered 657 km from Nome to Candle roundtrip.

10. The color of its nose (nose) depends on the color of the dog's coat. It is black in color in gray, brown and black dogs. In copper-colored dogs it is liver brown and in pure white dogs it is flesh-colored.

11. Huskies are usually very friendly, both with people and with other dogs, so as we said at the beginning, they are not appropriate as guard or protection dogs. However, friendly behavior depends, as in any breed of dog, on the socialization that the dog receives since it is a puppy. Not only is he a champion in racing, he is also the sweetest and friendliest of the Nordic dogs.

12. The Siberian husky is an affectionate, friendly, playful breed that likes to enjoy its human family. In addition, it is docile, social, relaxed and rather informal, it is a dog that has great energy, especially when they are puppies and young people. He is good with children and trusting with strangers, but yes, the husky will howl and destroy what he finds if he is left alone for too long. These dogs usually need a lot of company and should never be isolated for long periods of time. The tendency to howl and destroy things makes this breed of dog not the most suitable for living in an apartment, although it can adapt if its owners have a lot of time to dedicate and provide it with a lot - but a lot - of outdoor exercise.

13. It is very difficult to train with traditional dog training procedures, the Siberian Husky is often described as "stubborn", "stubborn" or even "dumb" by old school trainers. Although traditional dog training doesn't work very well with this breed, more modern methods like clicker training work very well. It is important that you know that they will only obey an order if they see that the human being is stronger of mind than they. If the owner does not show leadership, he is not going to get the dog to obey. Its training requires patience, perseverance and understanding the character of a spitz type dog, if we are not entirely sure of our leadership, the husky will notice it and become a disobedient dog. Except when it's hot, he's a great dog for jogging.

14. Generally a dog in good health, living 12 to 15 years. They can have vision problems (cataracts, glaucoma and other problems), allergies and cancer in older animals. In addition, hip dysplasia problems can also occur, but it is not very common. This breed normally needs a good quality diet, with high levels of protein and fat. They are very effective dogs and consume less food than other dogs of similar size and physical activity. Your diet must be adjusted to the level of your physical activity and work, since obesity can be a problem if you do not develop the same level of activity that corresponds to your diet. They are also prone to a skin problem known as zinc sensitive dermatitis, this can be improved by giving the dog zinc supplements.

15. Siberian Husky can become wonderful companions, but for this we must be aware of what type of dogs they are and what we can expect from them, they are intelligent dogs and to get their full potential we must be willing to dedicate time and energy.

Distinguished and elegant, the Siberian husky is a dog with an appearance very similar to that of the Siberian wolf. It has a beautiful, thick coat that can come in a wide variety of colors. It is also distinguished by its blue eyes and its striking masks that form around its eyes that can change more than three times throughout its life.

This breed, originally from Siberia, is undoubtedly very particular, it is characterized by being very athletic and intelligent. It can also be very independent and challenging, especially for owners looking to get a dog for the first time.

The Siberian husky usually gets along well with other dogs, but is a predator by nature. This means that they can consider other smaller breeds or cats as prey and attack them. It is a charming, friendly and playful animal, a great family companion that enjoys being together and going out to exercise.

If we should describe him in two words, we can say that he is a strong and imposing dog. It commonly has its face and legs or tail in white and the rest of the body in another color such as brown, silver gray or chocolate. They are large dogs, males can have a maximum height of 53 to 58 centimeters and can weigh between 20 and 27 kilograms.

Female huskies can reach a height of 51 to 56 centimeters and a weight of 16 to 23 kilograms. Their eyes are usually almond-colored, well apart from each other, and obliquely shaped. There are some whose eyes are dark blue or very light blue.

A peculiarity of this breed of dog is that it can present eyes of different colors, this is called heterochrome. The snout of Siberians is usually long to medium and the mouth in gray or black dogs can be brown; on the other hand, in white or copper dogs it can be liver color.

It is important to know that the Siberian has enormous amounts of hair. This is distinguished by being rough, dense and thick. At certain times of the year it sheds its hair, usually once or twice, so it is important to be vigilant and brush it.

Finally, their ears are usually medium-sized and triangular in shape. They are located close to each other and can become slightly inclined and intensely upright.

The Siberian husky is certainly an interesting breed, with a graceful and muscular build. Very attractive and reminiscent of the wolf family.